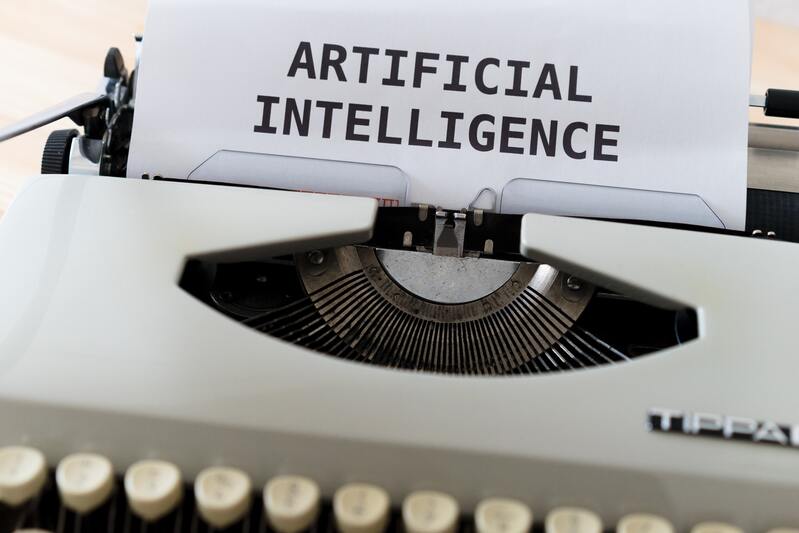 The ability of a digital computer or computer-controlled robot to execute tasks normally associated with intelligent beings is known as artificial intelligence.

Even a non-technical person with a little familiarity with the field might make the connection to robotics. They would describe artificial intelligence as an autonomous Terminator-like figure that can act and reason for itself.

To an AI researcher, the term “artificial intelligence” refers to a set of algorithms that can do tasks without being explicitly told to do so.

With practice, these machines are able to execute human-like activities and gain new skills. AI and other cutting-edge technologies will have a significant impact on our quality of life as they continue to develop. To some degree, everyone nowadays is interested in artificial intelligence technology, whether as a consumer or a professional.

But how far has AI already advanced in our daily lives? What effect does artificial intelligence have on our culture, the business sector, the global economy, and everything else? This blog will pull back the veil on AI so you can see what it has already accomplished for the world as well as how it will impact the way we live and work in the future.

What is the Purpose of Artificial Intelligence?

With the help of artificial intelligence, we can make better decisions that have a long-term impact on the world around us. On the surface, that appears to be the correct response. It is possible that Artificial Intelligence will be able to enable people to lead meaningful lives without the burdens of hard work, as well as to help manage the complex network of interrelated persons and organizations to operate in a manner that is good for all of humanity.

Today, Artificial Intelligence serves the same function as every other tool or technique developed by humans over the course of millennia — to reduce human effort and help us make better judgments. Humanity’s Final Invention, artificial intelligence, has also been hailed as the invention of ground-breaking products and services that will dramatically alter the way we live our daily lives, erasing conflict, inequity, and human misery.

We’re still a long way away from those types of outcomes, though. AI is being utilized mostly by businesses to increase process efficiency, automate resource-heavy operations, and generate business predictions based on hard data instead of gut sentiments at this point in time. Research and development costs must be subsidized by corporations and government agencies before this becomes accessible to the general public.

How Artificial Intelligence is Changing the World?

But how is this possible with machines? How are they able to tell the difference between two different things? They’re able to accomplish it because to ML and DL.

Examples of Artificial Intelligence in the Real World

In addition to being visible, the effects of artificial intelligence can be felt. Say “Ok, Google” on your Android phone. Once you’ve spoken it, you’ll hear the sweet voice of a lovely woman. Virtual assistants, often known as chatbots, are a form of artificial intelligence. Many businesses and people still prefer to differentiate between chatbots and virtual assistants.

A number of large firms, including Microsoft, Samsung Electronics, Amazon and Apple, have their own AI assistants: Cortana, Bixby, Siri, and Google Assistant. These artificial intelligences are capable of comprehending and responding to human orders.

When you ask Alexa to do something like open your Uber app, Siri can play on the music in your house, Google Assistant can type out a message for your friend, and so on. A smartphone with artificial intelligence (AI) may, on the other hand, accomplish far more than you might expect.

Here are a few more examples of practical applications for artificial intelligence:

YouTube, which is owned by Google, is one of the most popular video-sharing services in the world. Everything from beauty and cooking lessons to music videos, vlogs, and news can be found on YouTube. There are around 30 million active users on YouTube every day, according to Omnicore.

Despite the large number of users, the site use artificial intelligence (AI) to only show users the films they want to see and to filter out any content that might be associated with terrorism or other forms of violence.

Why is Netflix so widely used? Basically, it recognizes what you want to see and what you’re most likely to enjoy. In terms of entertainment, the corporation is at the top of the heap as a content creator. Based on your previous viewing habits, the engine’s recommendation system suggests shows and movies you might enjoy. If you’ve watched a movie or TV show multiple times, Netflix tracks how many times you’ve replayed, rewinded or fast-forwarded it.

Netflix employees have access to a wealth of information about your personal interests. It is possible that they have a record of what you’ve seen and when. Netflix workers and freelancers also watch and tag all of Netflix’s videos. Information on the setting, character, or cast can be found in each tag’s information. What matters most to the user is determined by the usage of ML algorithms and user behavior data, as well as these tags.

If you’re a Netflix user, you’ll get episodes and movies that are tailored to your interests, and even the thumbnails for the shows and movies you’re watching are unique.

Without Google Translate, which utilizes machine learning to translate text from one language to another, we wouldn’t be doing ourselves any favors here. People all throughout the world can help Google Translate by providing information about languages, including synonyms and antonyms that can be entered into Google Translate.

It’s always evolving and improving as a result of these contributions, making the ML model even more effective.

We can certainly learn a lot more about artificial intelligence in our daily lives by looking at applications like Google Maps. For example, if you want to get to a high-end nightclub from your home, you utilize Google Maps. It calculates the most cost-effective routes to a specific location.

If you have a smartphone with a camera, you can see information on nearby buildings by pointing the device’s camera at them.

Another real-world application of artificial intelligence can be seen in this scenario. As a social media platform, Pinterest has an abundance of photos that encourage individuals to think beyond the box. An AI-enhanced feature is used to identify if the image you post is of any indecent or sensitive type and should be removed from Pinterest, and this feature is activated when you upload a new image.

Second, Pinterest includes a feature that lets you search for a certain image by only using a portion of its size. For example, you may be interested in finding out more about a dress worn by a local celebrity at a party that you saw on social media. There’s a good probability you’ll stumble upon it. Pinterest uses machine vision to search for the exact same dress from the same designer, material, and color as the one the user is looking for.

Artificial intelligence (AI) can help photographers and videographers generate visually stunning and captivating content. The Toolook AI-powered photo and video editor app lets you accomplish just this. Your photo can be transformed into a painting, a caricature, or just a masterpiece with the help of numerous filters. Artificial Intelligence (AI) can also be used to edit and enhance your videos.

Since AI has long since transcended hypotheses and presumptions, artificial intelligence is no longer just science fiction. Even though some of the most cutting-edge applications of AI, such as fully autonomous cars or a super drug that will treat life-threatening illnesses, haven’t yet been developed, we can still see its influence in almost every aspect of human activity, including entertainment, transportation, e-commerce, and the economy. AI is present everywhere, from IoT gadgets to the smartphone you always have with you.

This article merely scratches the surface of artificial intelligence, as it relates to its effects on society and people. Numerous such instances and forecasts about the future that artificial intelligence will offer us are available. But if you’re already persuaded of the value of AI and considering incorporating it into your product, get in touch with us for further details on how to make it a reality. Our knowledge of technology is comprehensive and broad. Together, let’s create the artificial intelligence universe.

Let our wizards do the data-driven magic for you

Let our wizards do the data-driven magic for you